In this first of two articles I’m going to focus on those employed and those that employ them.   I’m asking the question  … 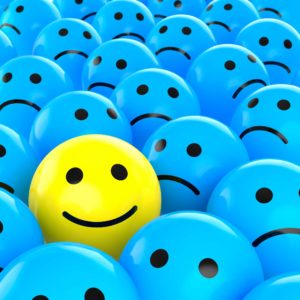 Can you be happy at work?

Happiness is not a destination like going to Ibiza nor is it a blanky that you can wrap around yourself. It’s a reaction, it’s cumulative and it’s personal. Good news is that it is possible with just a little mindset change.  This is food for thought which is essentially like chocolate cake for the brain!  So it’s change we want so will gobble it up!

Boredom
This is the killer of productive engagement in the workplace. This is something suffered on all levels. We like to experience small wins. Interestingly our biggest inspiration is ruled by our intrinsic motivations, goals,

meaning .. not extrinsic such as financial. Think about it. If you earn £50k and are splashing around in a beach buggy for a living. You’re offered £80k to manage the parking lot – well it’s not going to bring you much happiness. Money after a certain point is not an incentive and should not equal misery. But old school keeps using old ways.

Meaning
Meaning is where you realise how you’re job fits into the bigger picture. How you are important, not a faceless cog, but you’re valued.  The qualification on the understanding of that value that often is missed, it must be your feeling of value, that you feel like you’ve contributed. You’re not just packing tomatoes, you’re making pasta sauce or making kids smile. You’re part of the bigger picture. The ‘shut up and do as you’re told ‘was a bad adoption. Why did we not stick with the Bournville philosophy (the chocolate village). Here was a place where workers were treated well, commuting gone because they were given homes, schools, pensions, with their health and welfare looked after – 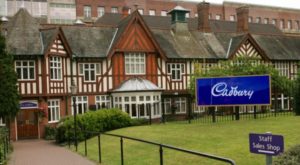 genuinely. Now 200 years on it’s hothousing and high rents. Quality of life is low in big business. It now comes complete with a facade of ‘we’ve got a cool cafe so you don’t have to leave and we have beanbags – it’s rubbish. Identity stripped and you can’t even leave for lunch! Come back chocolate town!

Boredom coupled with meaning are two big areas that can be harnessed, cost little and return a lot.

Employees
For the employees who feel powerless, there’s a lot of things we can do. Happiness is a series of moments. It’s about resilience and perspective. We’ve got to reframe. Simply consider your coffee?  Dispense with it and go outside and have some water.  Have meetings on a bench in the park. You are adults it’s not like you need a hall pass. Shake it up.  Don’t bang out eMails to people who work next to you, talk to them. eMails are just lazy to do lists passed on. End them by replying in person or on the phone. Have an eMail time don’t do them immediately like they’re a whip master.  Schedule and do them all at once.  Turn things on their head. It’s interesting for your brain to identify the boring bits of your day and then rise to the challenge of how to make them more interesting. Make that a topic at lunch when you’re out of the building.

Start a grateful challenge. Pin it up in the photocopy room. When we’re grateful for stuff, we become more aware of the good, gets us off the negative track. But if it’s a public one, it spreads the good feeling. Or do one privately. Be thankful for the blue skies, the autumn leaves – get specific and enjoy the gratitude.

Doing these small things create chage by small percents in the right direction. They add up.

Employers
The top down needs to find out what bugs their employees and what good stuff do they want.  Be open to flexi time – it’s such a big one and groundless in heavy restriction. The cost of travel is another massive bug bare. Incentivise with travel bonus or have more flexi time to avail of off peak. It’s important for management to stop trying to control and look at productivity as opposed to behavior. Again it’s not school. Lots of grownups in the house!

Socials these can be tricky, when people don’t like work they want to get away so social’s can be forced.  It was found that employees who had a best friend where they work are seven times more likely to be fully engaged in their jobs. But old greys often discourage this, thinking friends will just chat all the time – short sighted – as more likely than not they will – about work when they’re off the clock!

Another way we can encourage happiness, is to invest in learning. Couple this with gratitude and you’ve a super charged sandwich. Executives are very often overlooked with genuine gratitude, yes nice bonuses but nothing beats gratitude. An investment in their leanrng coaching, training mentoring. Loyalty is increases, loss reduces productivity up. Happiness is in balance. 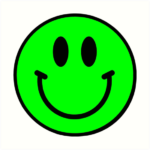 One important aspect that has to be brought into the workplace more is emotional intelligence. Without this in leadership you’re just in charge of a cold ship that will sink under you.  Meaningful relationships based in humility, compassion, empathy and kindness are increasingly part of successful brands. Couple this with ‘Conscious Capitalism’ workers who see their company involved in more conscious or sustainable investments, it will help to arrest conflicting feelings. Millennials want a better world and if their company is creating this, that’s a feel good and another increment to happiness.

Last Words on Happiness
In case you’re still not convinced. According to a study by author Shawn Achor “When the brain is positive, productivity rises by 31 per cent. Revenues can triple, likelihood of promotion rises 40 per cent and sales by 37 per cent!” But again. Grown ups in the house. We know when it’s authentic. Colored walls and green tea is not the answer in isolation.

Raj Sisoda, professor of global business observes that “people have been shut down and are operating at a minimal level, because they are not given conditions where positive energy, the commitment, creativity and passion can be liberated.

We need a big change. To stop thinking of employees, but of whole people. Work life balance isn’t a reality, but embracing the whole person is. If you wanted someone to stay with you for 20 years.  How could you ask for a seperation of the growth that would have happened to that individual. The work place has to get past ‘well it’s always worked’ so it can still work. 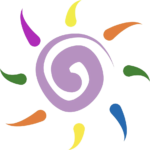 Fiona Austin is a consultant to companies on how their employees can be happier so productivity increases.
* Just as trying to sort out your own problems is like trying to read from a mirror – outside perspective really helps. Outside looking in. Happiness shining back. Contact

Sometimes it’s difficult to imagine Shereen being anything other than great fun.  But as a respected Doctor it’s of course only outside the surgery that we see her.  And there in all her glory.  If she’s not skiing down mountains in the Summer (yes New Zealand why not!) or climbing mountains with her children (a feat, as she insists she’s scared of heights!) or galloping past the pyramids on horseback .. you’ll find her relaxing in the Isle of Aaron or attending to all and sundry in London’s busy A&E.
But it doesn’t stop here, artist, DJ .. and great friend to many.   This is a woman who dictates the tick of the clock and it fears her chime!
Life is for the taking and just because someone has what is thought of as a traditional role within society .. does not mean .. you have to step into those ways.  Live it!  It can be done!

“Two people who started with a few travel stories and a dream of creating an income solely out of our storytelling!”   Ruben and Rachael are a couple-travel-bloggers (who knew that was a ‘thing‘!?)   and they’ve made living the dream come true.  True ‘paradise people’, creating a business around ‘how to get and live the travel and on-the-move lifestyle’.  They’ve formed Gamintraveler – a collection of  travel guides and stunning inspiration.

Rachel  from the Phillipines, is a solopreneur, working in the online scene since 2012.  She crafts social media and content strategy for various clients in the US, AUS and the UK. Working remotely, she aims to be a full digital nomad soon. 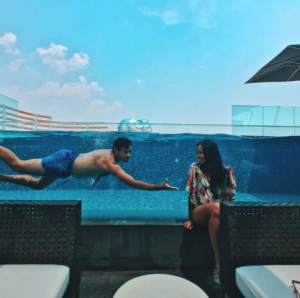 Ruben left his life as a taxi driver in Spain behind, sold his house to travel the world.  In Asia, he met Rachael through Couchsurfing, where they they started their blog – first just as a hobby.   Ruben has never looked back .. travel was in his soul and now, with Rachel they are soul mates creating a life of bliss and bonus banking it!

Together
They believe in working for the things that you love, and taking accountability of your own freedom. They are about living in the NOW rather than later.